Are you looking for experienced legal counsel?
Put our expertise on your side. 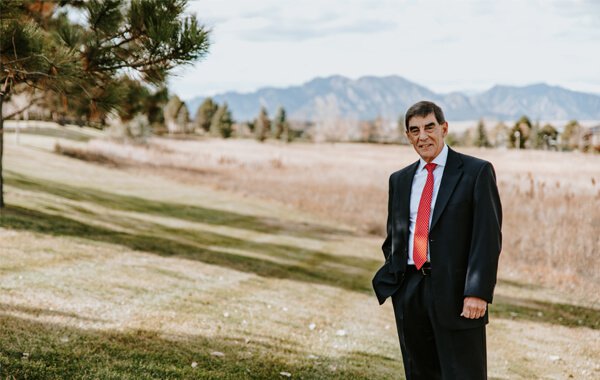 Mr. Goodwin retired from law practice on September 30, 2021 after 51 years. Please visit Goodwin Has Retired After 51 Years of Practice for more information. If you have a current case or matter for which you need to speak to Mr. Goodwin about, please call us at (303) 763-1600 or email us through this website.

During law school, Dan witnessed a tragic event that would have a profound effect on his career. A little boy in the area was climbing a tree with some friends when he grabbed a power line and tragically died from electrocution. The boy's family received little help as they were faced with a devastating situation without financial assistance and limited legal recourse. It was then that Dan decided that he wanted to focus on civil and trial litigation so that he could help others faced with similar circumstances, those who felt they had no one to turn to for help.

I got into law because of my passion for justice and doing what’s right to help others. It’s what keeps me coming to work over 40 years later.

After graduating from Creighton University School of Law in 1970, Dan began practicing law in Nebraska before moving to Colorado in 1972. He quickly worked to pass the Colorado bar and immediately began litigating cases in the Colorado state courts, and federal district and appeals courts. Over the next decades, Dan built a reputation as a fierce litigator and trial attorney who fought hard to protect the rights of his clients and ensure that they received justice no matter what challenges they faced. He eventually became a shareholder and senior attorney at the Litigation Group of Donelson Ciancio & Grant, P.C., a local firm that served clients throughout the state of Colorado.

After over 30 years of serving his community at a large firm, Dan decided that he wanted to branch out and start his own firm. He believed that opening a firm would allow him to better serve his clients by focusing on their needs and providing a level of personalized service his previous firm couldn't always offer. In 2012, he opened the doors to the Law Offices of Daniel T. Goodwin to offer the highest level of legal counsel and representation in the areas of civil litigation, personal injury, real estate and business law.

Since opening the firm, Dan remains committed to offering his clients excellent representation and personalized legal services. He believes that establishing an honest and open relationship with his clients allows him to look beyond the details of their case and actually become invested in their success — because at the Law Offices of Daniel T. Goodwin, client satisfaction will always be his top priority.

If you need to contact anyone about a case or matter that was being handled by the Law Offices of Daniel T. Goodwin, please contact us below